In November of 2013, just a few days after Thanksgiving, Second Chance Fields completed its first project by recapping the pitcher mound at Mission Bay High School with a little help from Luke Yoder, The San Diego Padres Director of Field Operations and our fiscal sponsor, Rebuilding together San Diego.

We began first by stripping the top two inches from the pitcher’s mound so we could get a good base for the new clay to adhere to. The next day, trucks from Gail Materials arrived delivering 3 tons of mound clay and top dressing. Volunteers from the US Navy constructed screens for the bags of clay to be broken over and sifted through. One by one, wheel barrows were taken to the mound where Luke and multiple other volunteers were waiting with tamps ready to compact the clay down to build up the two inches that was removed the day before. While this was going on Luke was expertly grading the pitcher’s mound to the same slope and grade he’s done thousands of times before every Padre’s game until the result was a pitcher’s mound to Major League standards! 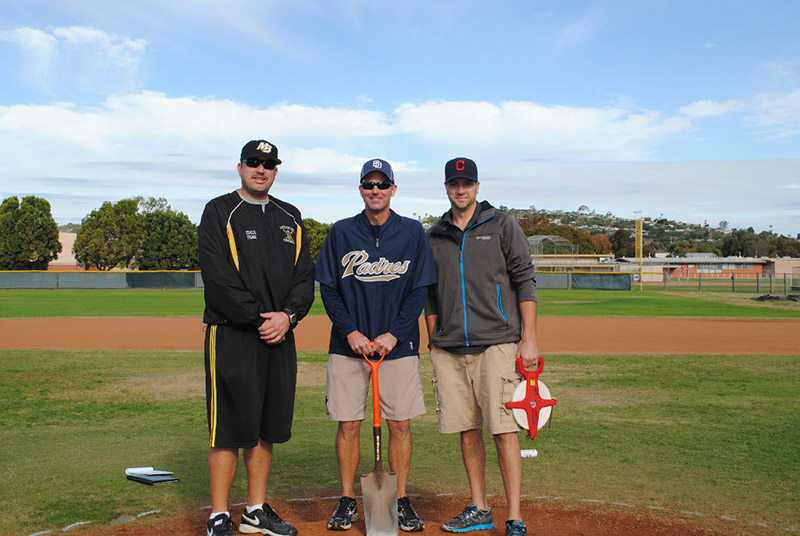 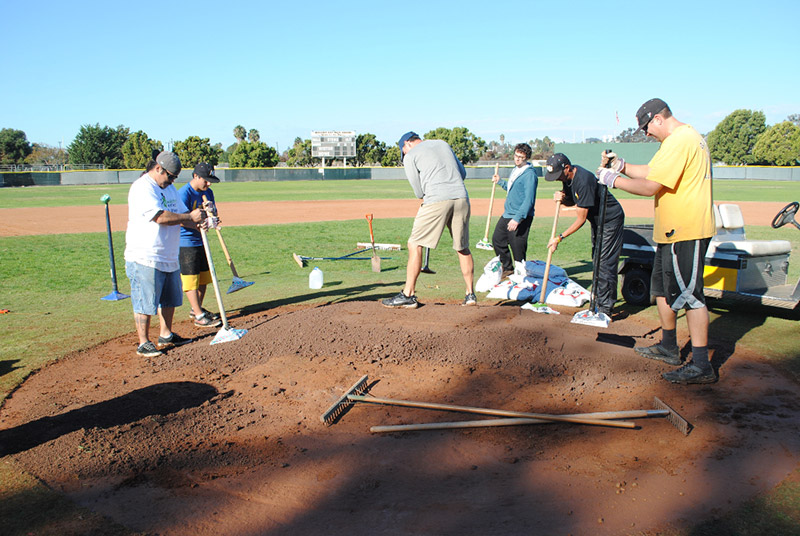 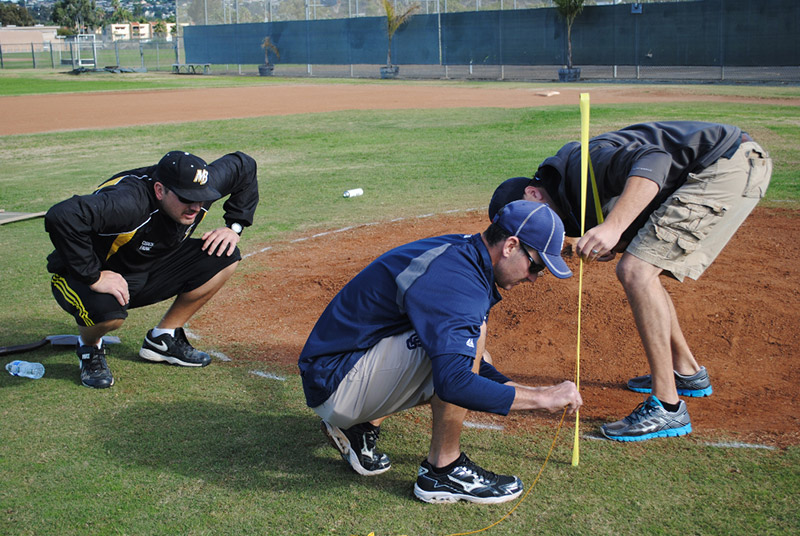 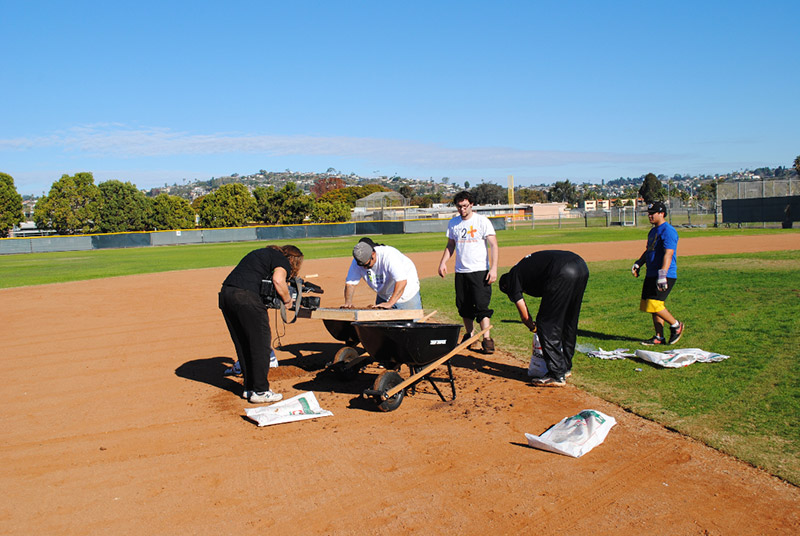 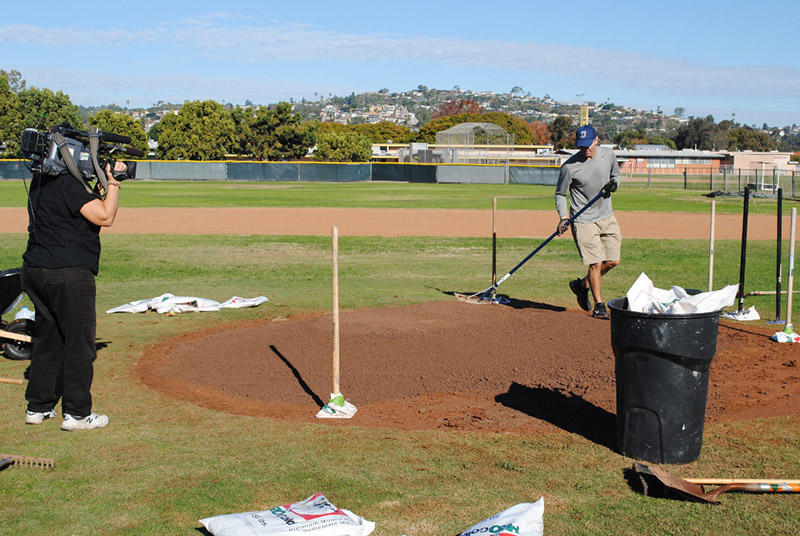 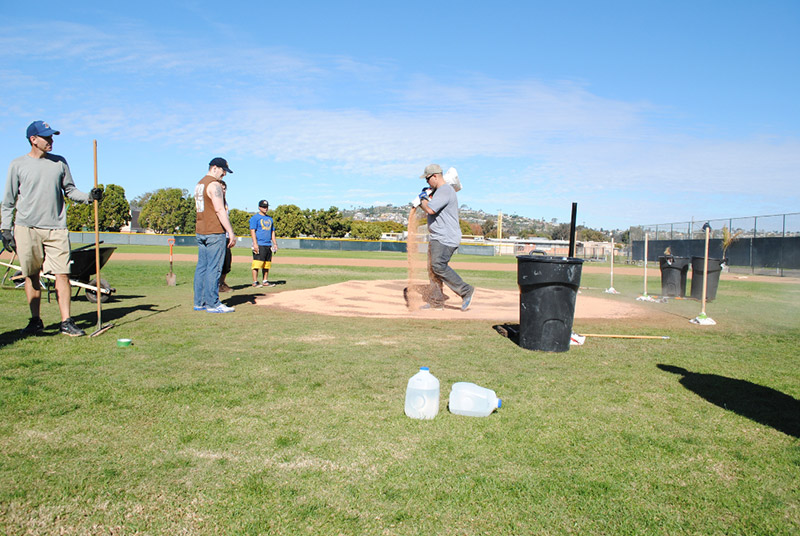 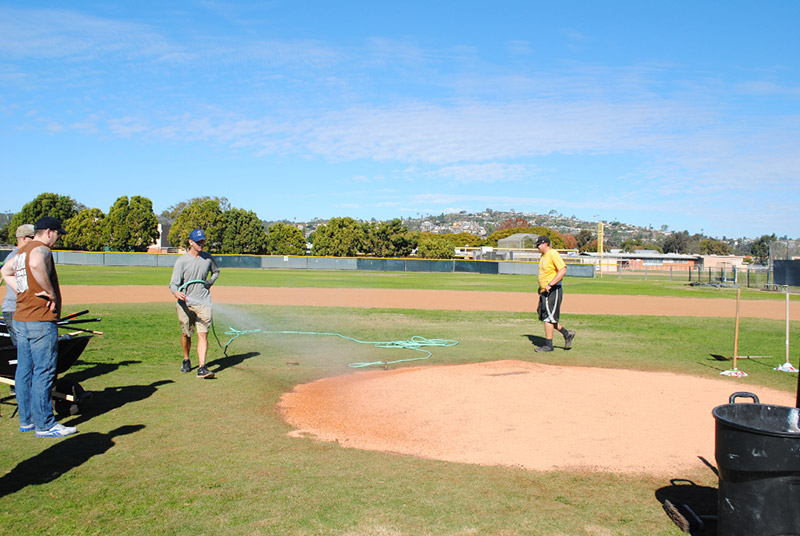 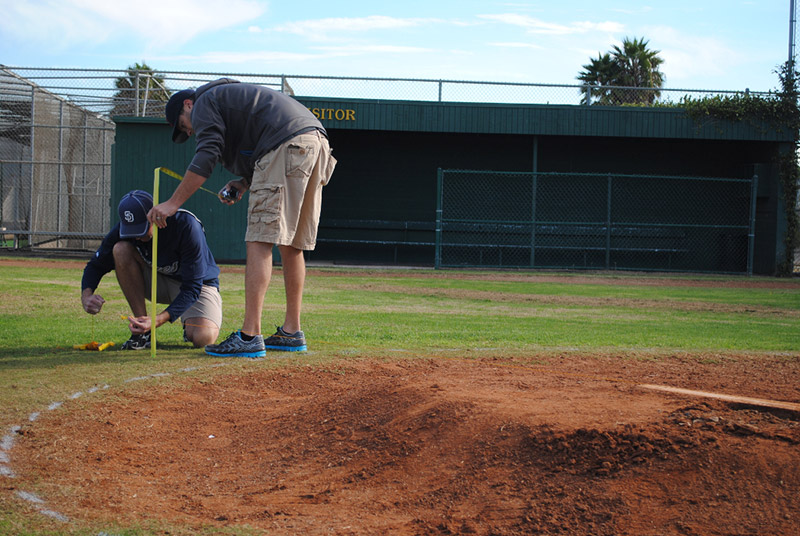 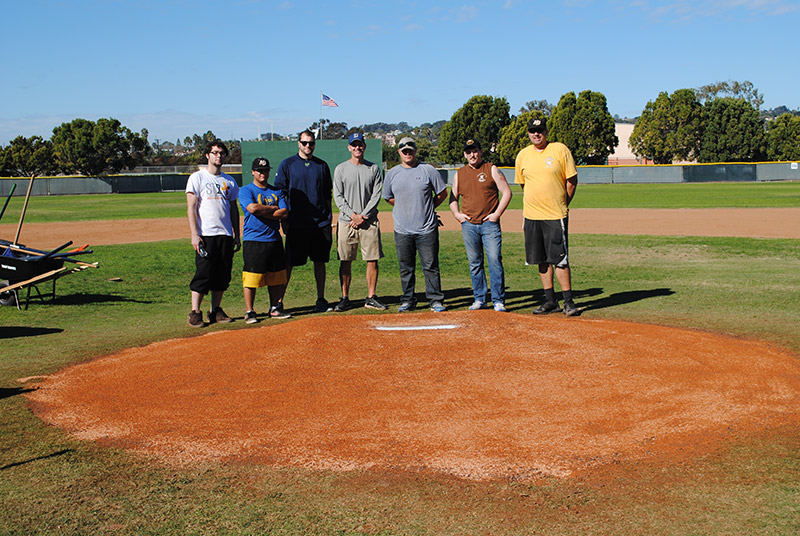